A Contemporary Twist on a Traditional New England Barn 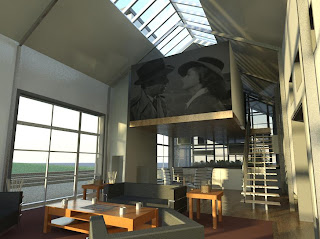 Being built on the foundation of an old barn on the property of their residence in New Canaan, Connecticut, the new guesthouse for the family of three will be a contemporary twist on a traditional English Threshing barn, with a bright airy interior and an innate connection with the outdoors. 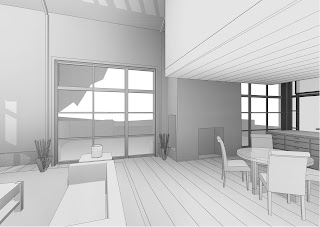 The original barn located on the property was built in the 1870s and collapsed in a snow storm in the winter of 2010. Instead of simply rebuilding the previous structure, the family applied for permit to rebuild the structure with a new use, a guest house. The proposed guest house will fit within the L-shaped envelope of the original structure and will be approximately 3,370 SF including sleeping areas, living spaces, a garage, and greenhouse. 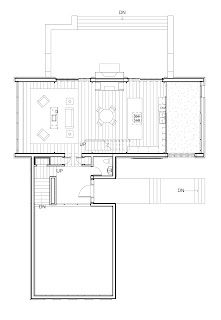 The family has undergone a great deal of planning with the Zoning Board in order to relocate the structure’s footprint from its current nonconforming location to one located farther from both the street and the property line. Additional measures have been made to ensure that the new structure is screened from the view of neighboring properties and that the materials used are consistent with the New England vernacular within which the project is sited. 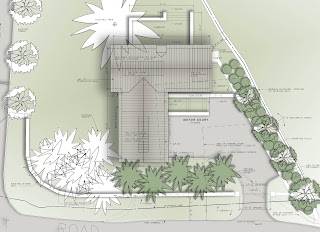 Although the structure will function as a guest house for the next several years, the family intends for it to one day become the residence of their son. He has been diagnosed with autism and the family hopes that the house will give him the opportunity to live on his own with the assistance of a caretaker when he reaches adulthood. 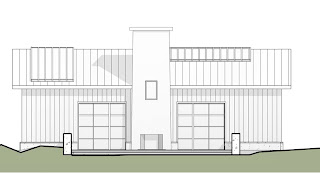 The reconstructed barn’s exterior will feature traditional materials and elements such as gabled roofs, sliding barn doors, stone foundations, and wood siding, asserting itself as a typical New England barn. The interior of the barn, however, will have a much more modern feel with two walls clad entirely in glass and a large open living space occupying the main leg of the structure. Another glass wall located between the greenhouse and the kitchen will feature a playful mixture of transparent and semi-transparent which will give a personal touch to the space and fulfill the client’s desire to bring color and artwork into the guest house. 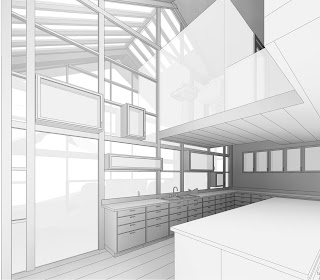 A two-sided fireplace is located on the back side of the home fulfilling both utilitarian and recreational purposes for the living space and the rear patio. Large glass pocket doors are located adjacent to the fireplace, allowing the interior to be almost entirely opened up to the back patio. Another main feature of the home includes a loft which serves the function of a bedroom. This loft not only has a functional purpose but also an aesthetic one, acting to provide some differentiation in the living, dining, and kitchen portions of this space by dropping the ceiling height over the dining table. 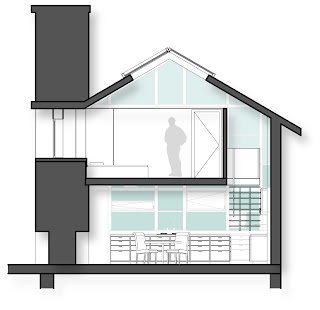 After gaining all of the appropriate variances and permissions, we are now moving into the design development stage of the project. We look forward to continuing to develop and articulate the project and to attain the unique, sophisticated, and playful space that the family is aiming to achieve.
Posted by Windigo Architecture, LLC at 4:39 PM