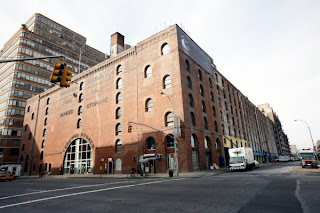 In 1875 when the Terminal Stores building was originally constructed, it functioned as a freight storage facility in the Chelsea district of New York City. In the 1980’s and 90’s the building became a social destination, its tunnel being used as one of the most popular nightclubs in the city. Today, the building is an example of adaptive reuse, playing a major role in the rejuvenation of the West side of the city. It is now home to a series of art galleries, design firms, retail spaces, offices, and restaurants. 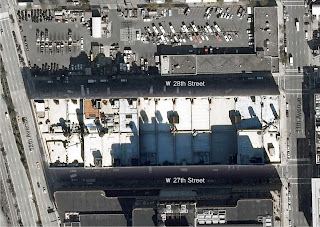 The building still contains many of its original features including the internal tunnel running the entire length of its building, thick brick bearing walls, and sliding fire doors. In addition to these interesting architectural features the building still has some of its original windows, many of which have fallen into disrepair. As new tenants are brought into the building we are tasked with replacing the broken windows to prepare the space to be inhabited. 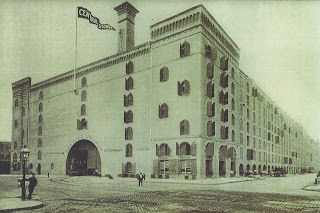 The Terminal building, which has been designated as a historic landmark, must abide by strict regulations set by the city’s preservation committee. Therefore before any changes are made to the building they must first be approved by the Landmarks Preservation Commission. 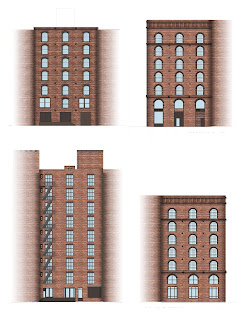 Over the past several months we have been working to develop a master plan for window replacement. This master plan allows us to have all new windows approved simultaneously to make the process easier and faster in the future. We have already had several presentations of our master plan to the board to gain approval and are now on our way to finding a manufacturer for these custom windows. 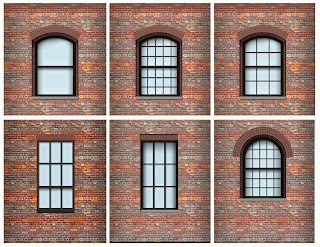 With more than 600 windows in the building, of which there are 26 varieties the master plan has not been the simplest task. Due to historic preservation regulations all windows being replaced must retain the same shape, size, color, profile, and recess as the originals. Windigo has been working to fulfill these requirements while modifying the mullions to bring in more natural light and updating the materials being used to give the windows higher energy efficiency.

Our proposal aims to make the building historically accurate while preventing homogeneity. We have created a design which gives variety to the façade and establishes a rhythm of window types to give each individual building within the complex its own character.
Posted by Windigo Architecture, LLC at 9:17 AM